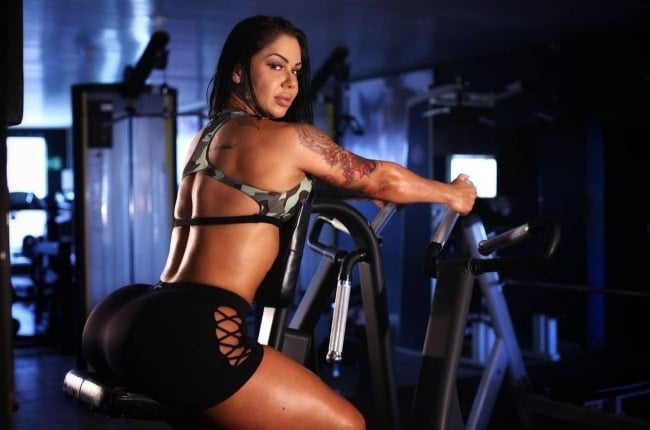 Brazilian Vanessa Ataides has been working on her butt for almost a decade. (PHOTO: Instagram / @byvanessaataidess)

Vanessa Ataides says she’s famous because of her
bottom so it’s only right she has it insured.

The bodybuilder and social-media influencer has the
biggest behind in her home country, Brazil, and the second-biggest butt on the
planet. The 35-year-old self-confessed gym addict started bulking up her
posterior when she was 24 and it now measures 126cm.

The world record for biggest bottom belongs to
American Mikel Ruffinelli, whose derriere is an astounding 2,4m in
circumference.

When Vanessa first decided she wanted to expand her
behind, she used injectables but says she’s now focused on doing things naturally.

She gets up at 4 am to hit the gym and works with
personal trainers. She eats at least six high-protein meals daily, which
consist of egg whites and meat.

“My diet is planned especially to grow my bum so I
can get the biggest bum in the world. I love getting attention. So having an
exaggerated bum is great because people look at me.”

In addition to a protein-rich diet, Vanessa does
exercises that target her glutes, “like squats, and variations of squats. I
also do a lot of leg work”, she says.

As much as she adores the attention she gets,
Vanessa admits it’s not easy finding clothes to fit her body type, especially
fitted pants and lingerie.

But even those challenges won’t stop her from
reaching her goal. “My goal in the short-term is to have a 130cm bum.”

She believes that having the biggest butt in the
world will not only make her happy but will also make her feel beautiful.

“Flaws? Yes, I have them. I have cellulite, I
have stretch marks, I have patches and what woman doesn’t?”

Vanessa often posts pictures of herself posing at
the gym or at the beach for her 43 000 Instagram followers.

Many on social media have questioned whether her bottom
is the real deal, and Vanessa is adamant that it’s all her and her own hard
work.

“Photoshopped photos? You’ll hardly find any, as
I’m not perfect and I don’t have to hide my imperfections, as others’ opinions
don’t affect me.”

5 important things happening in South Africa today
IEC report suggests South Africa’s local government elections be postponed – no later than February ...
Government moves ahead with plans to reopen schools in South Africa
← Repatriation chaos: Hundreds finally heading to SA back after plane in Qatar does U-turn on runway South Africa moves to postpone elections →
Open chat
Powered by
Hi, Welcome to InsureHero
How can we help you today?